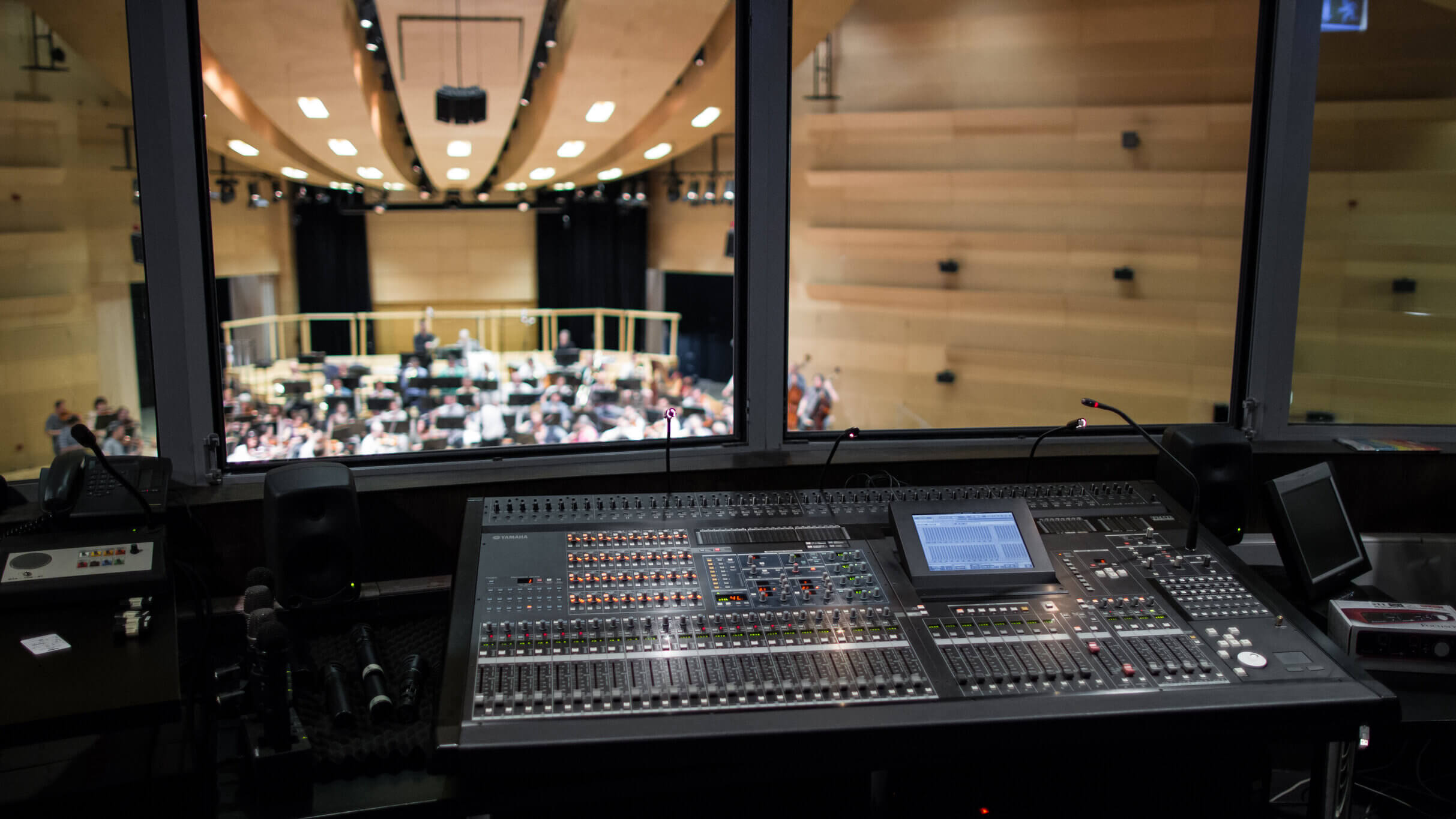 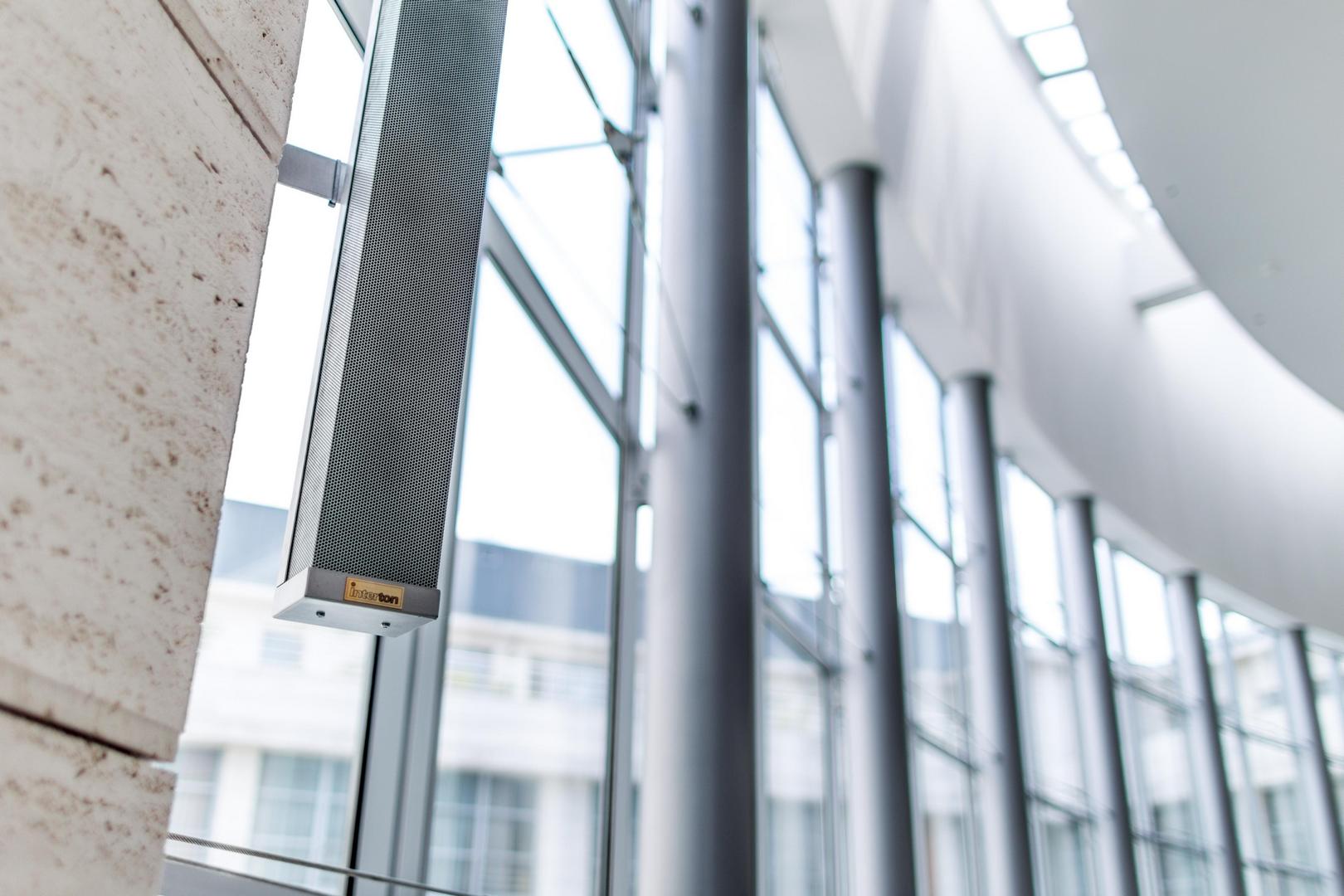 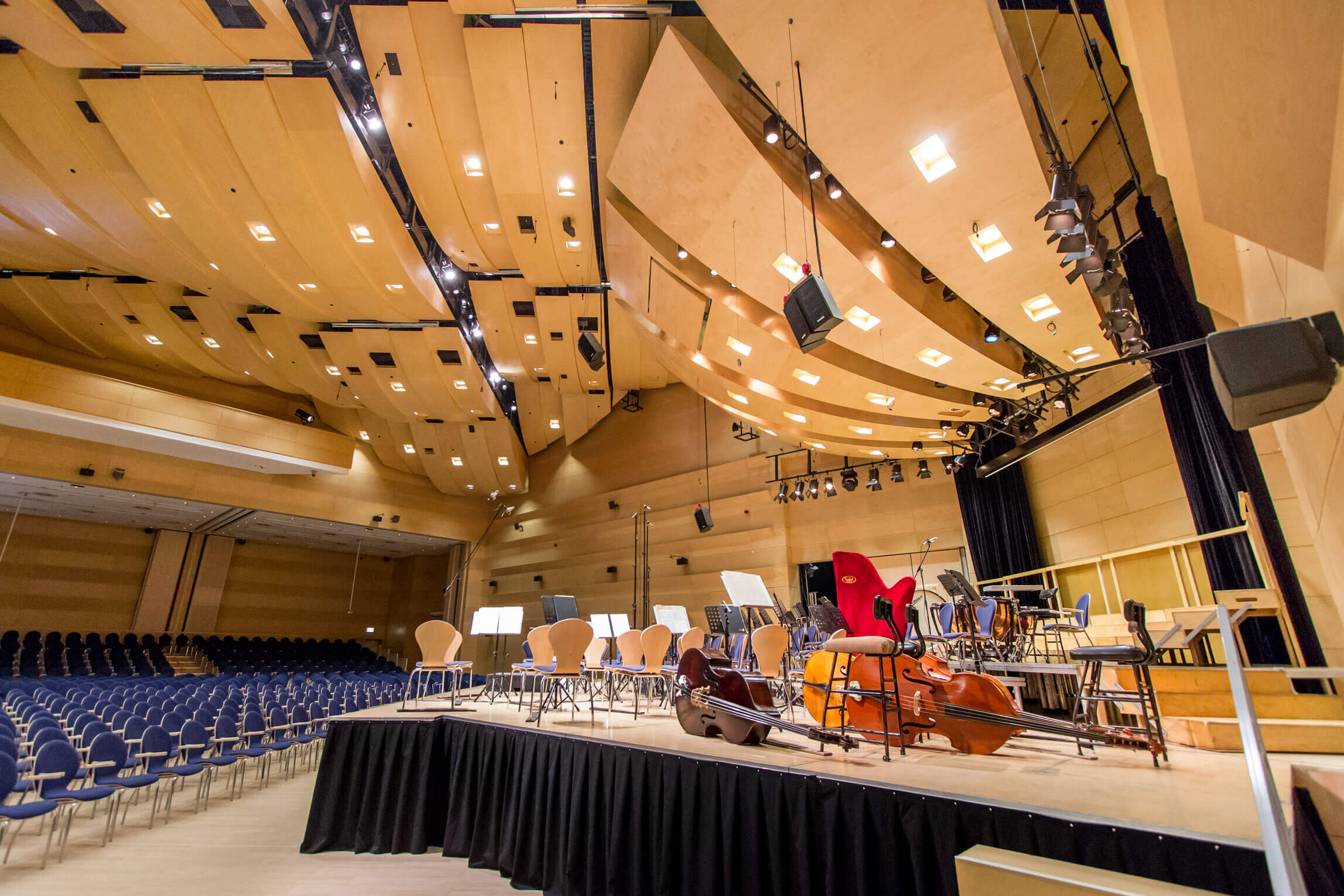 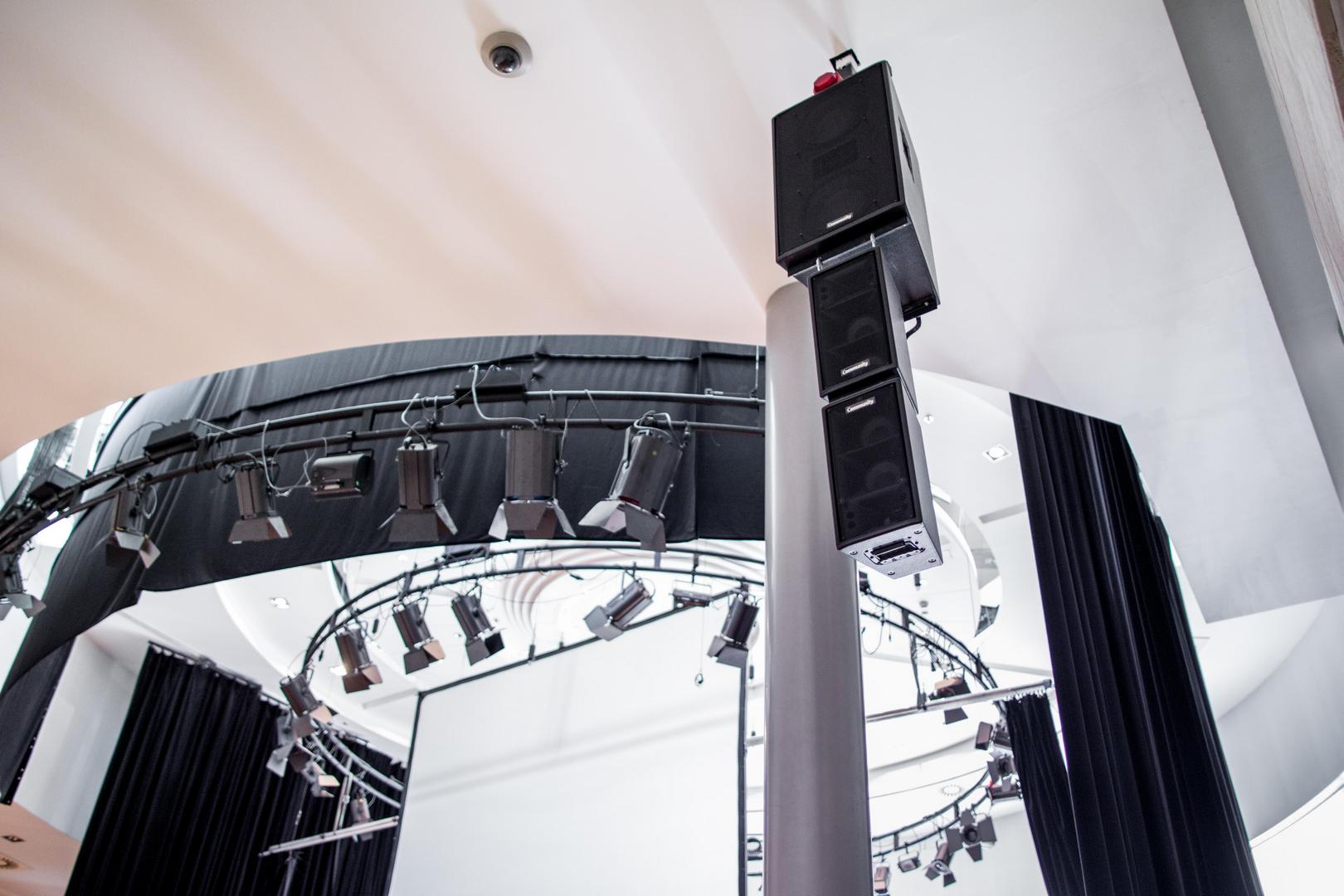 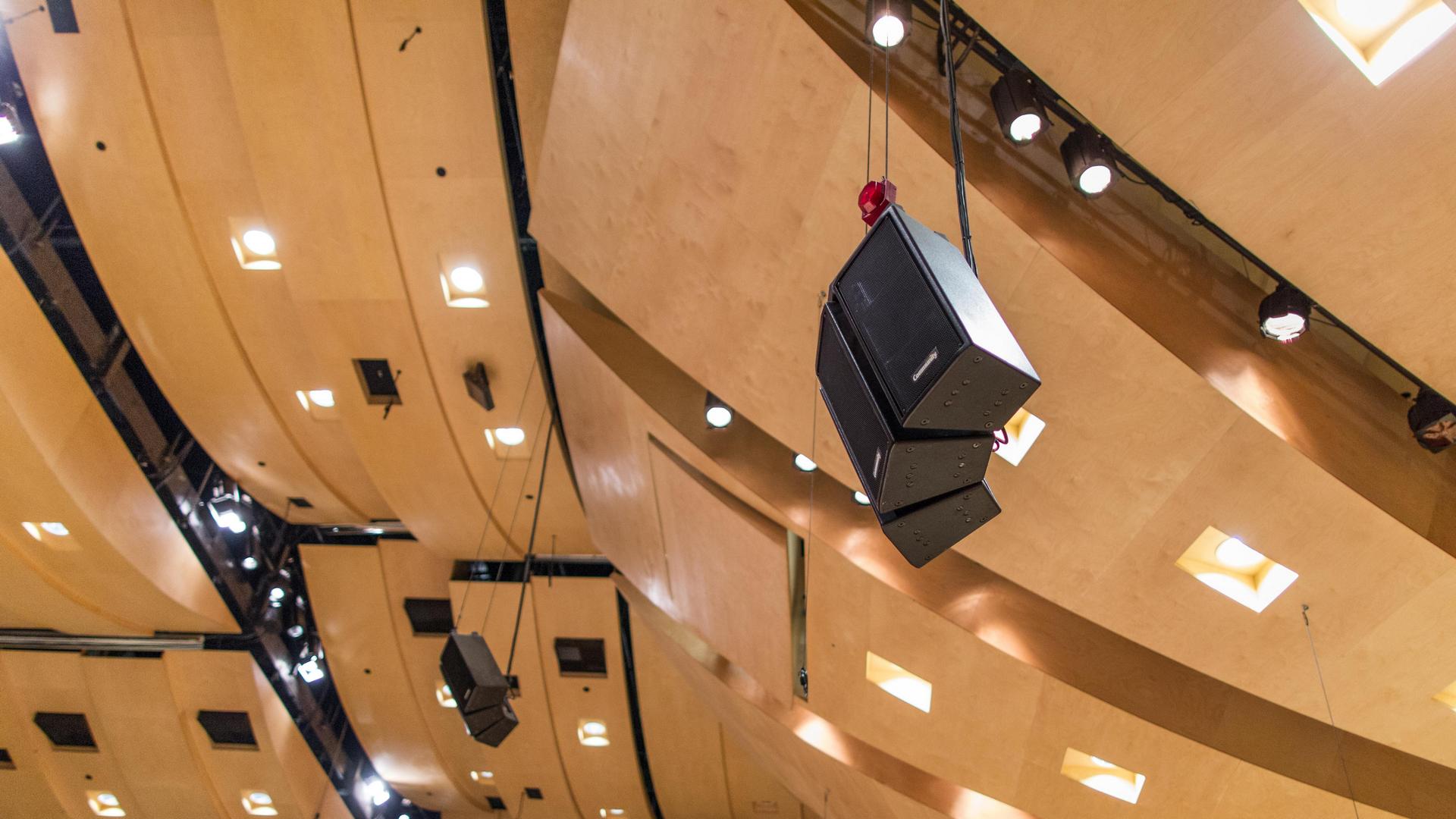 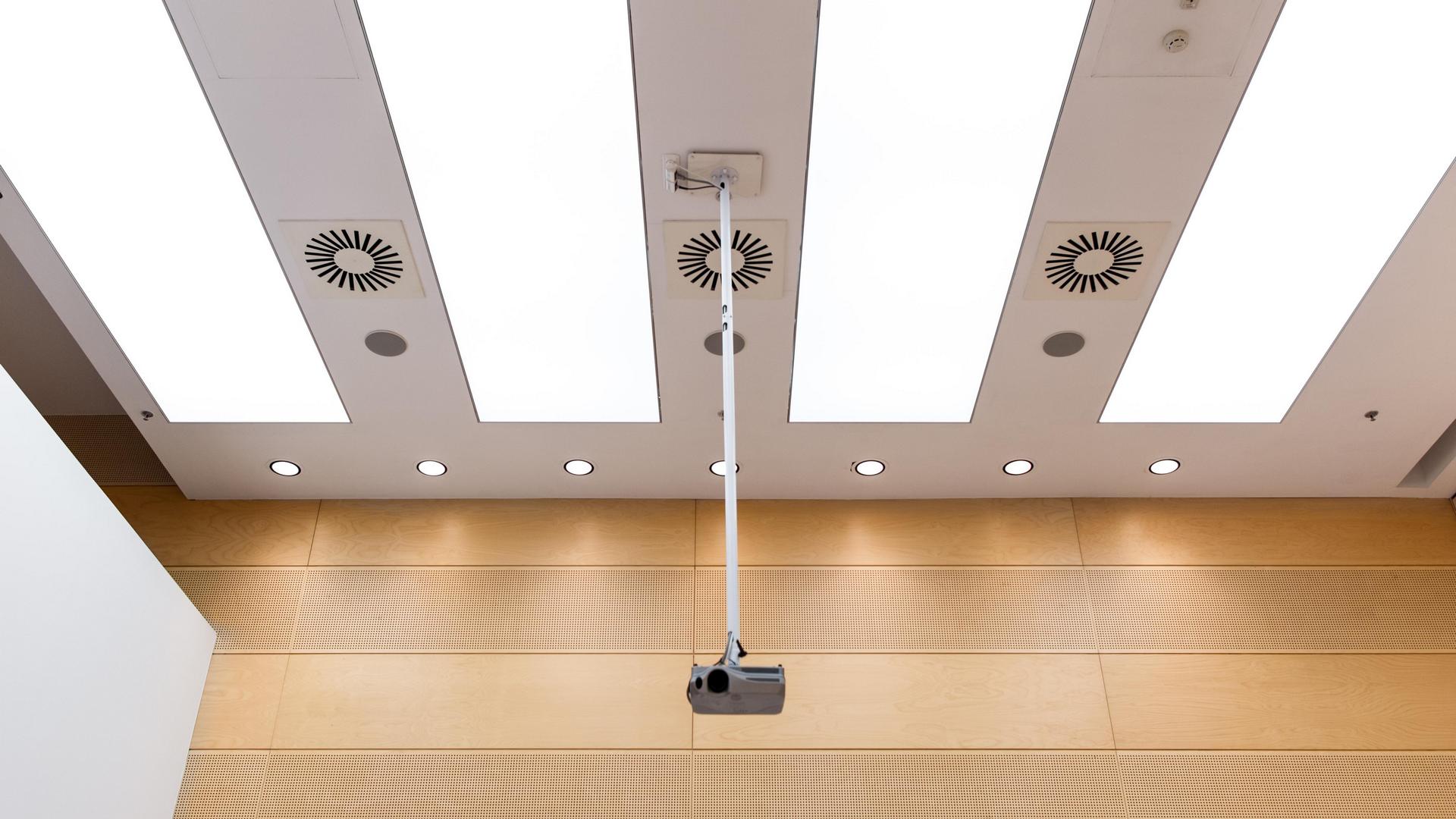 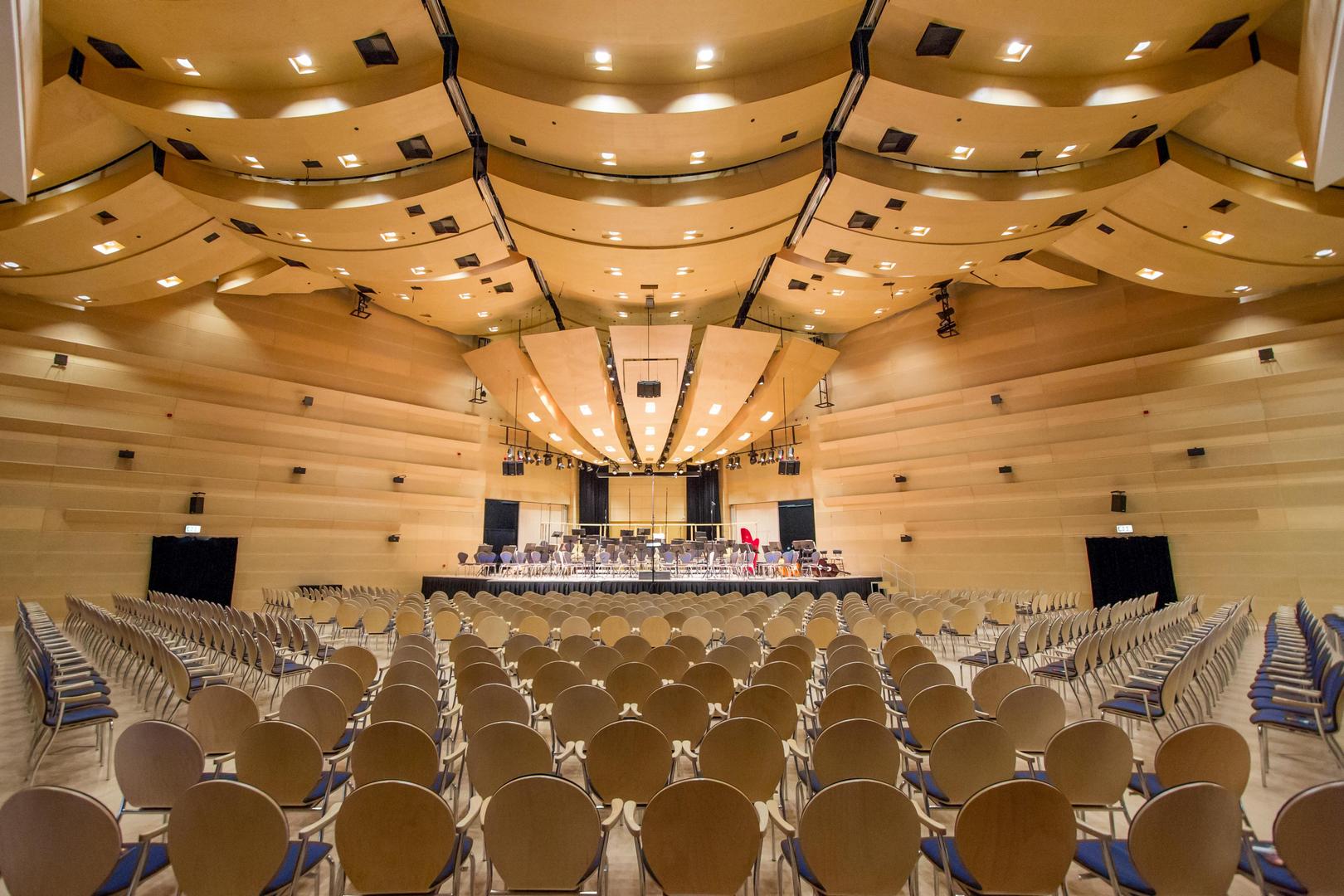 It is the second largest congressional centre of Hungary, whose audiovisual system was built by our company within a record-breaking time, less than half a year.
The figures demonstrate the scale and the complexity of the task: the building hides 30 km of audiovisual cables, over 350 speakers connected to a nearly 40kW power amplifier were installed. Moreover, 13 projectors and an interpretation system for six hundred people were also built in. For the first time in Hungary, a room acoustic modifying system called DCR was installed in the large hall. It was developed by our employees, and it operates on the principle known as “non-inline”. In the echoing entrance hall with large cubage our second-generation line speakers, VSK series debuted with remarkable success. In the building complex is the Hotel Lyceum and a contemporary museum called MODEM, whose audiovisual systems were also planned and installed by our company. 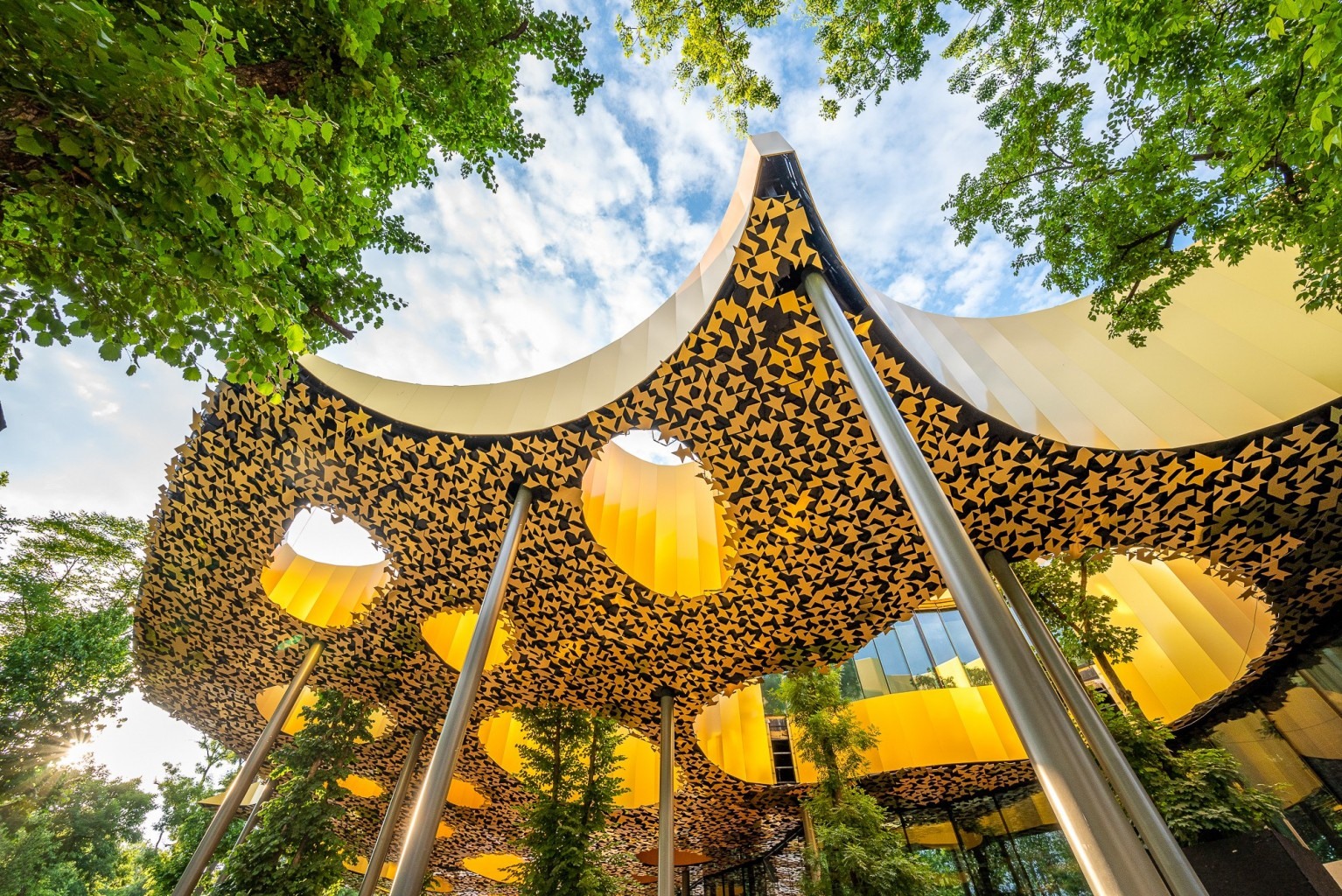 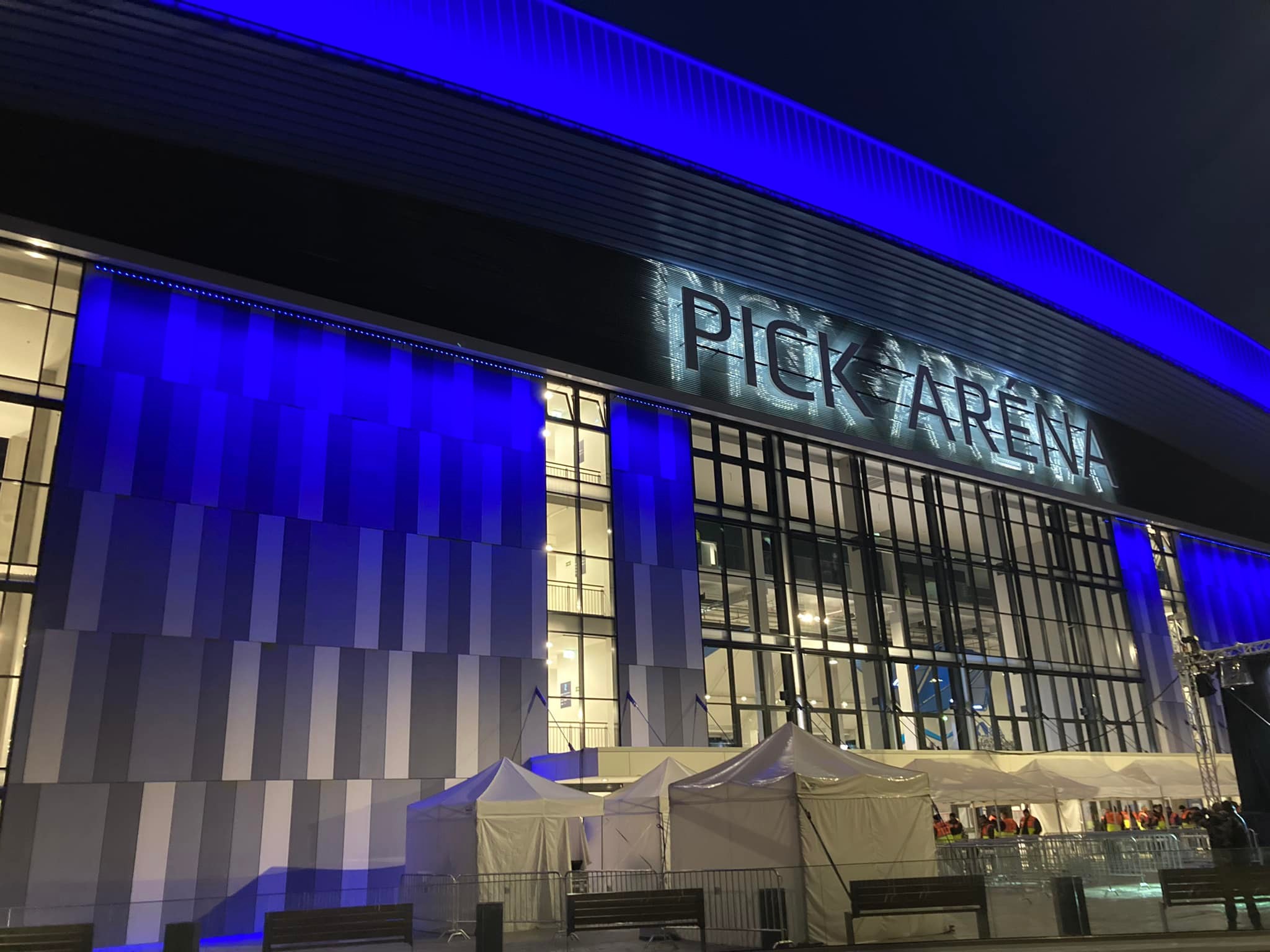 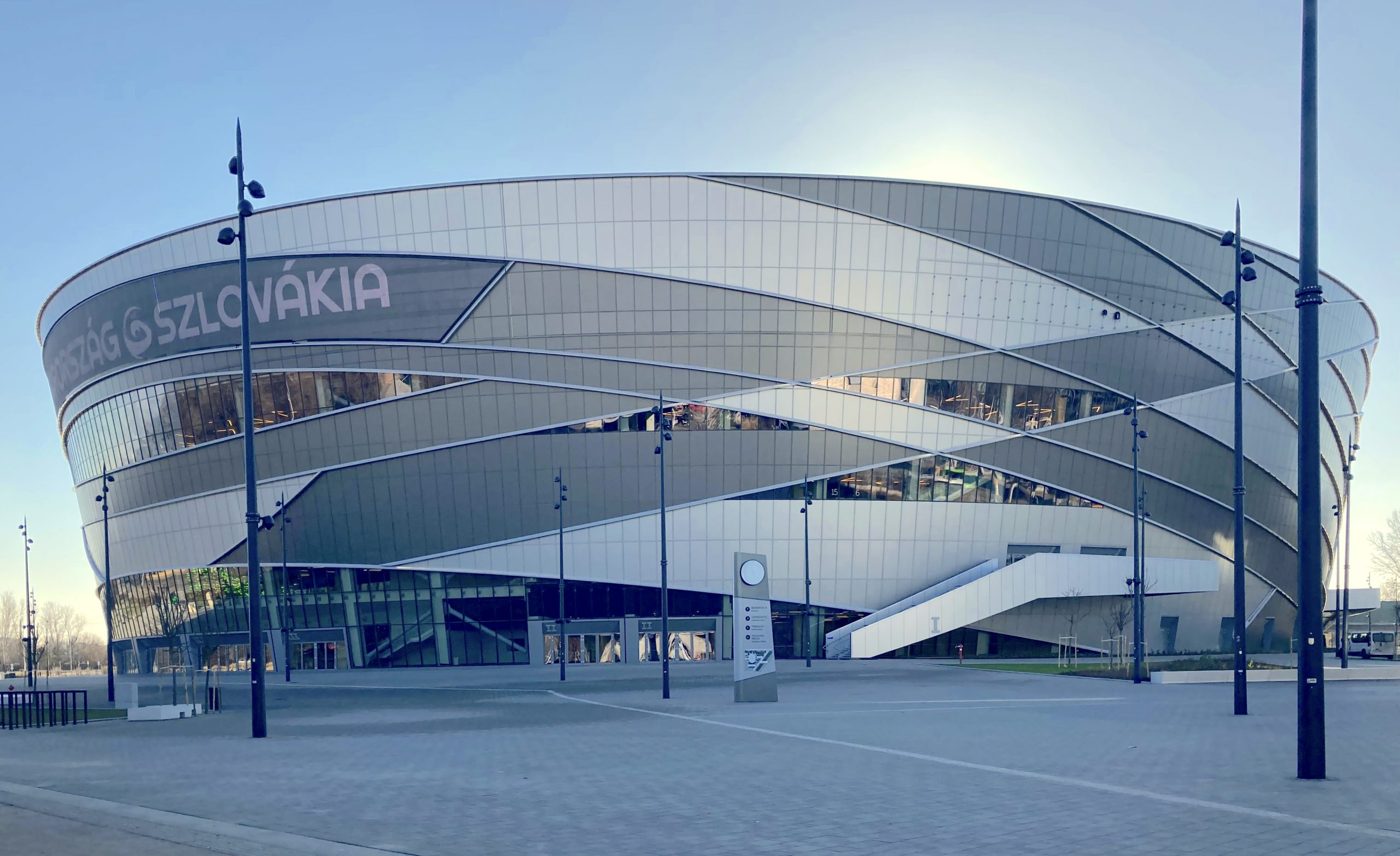 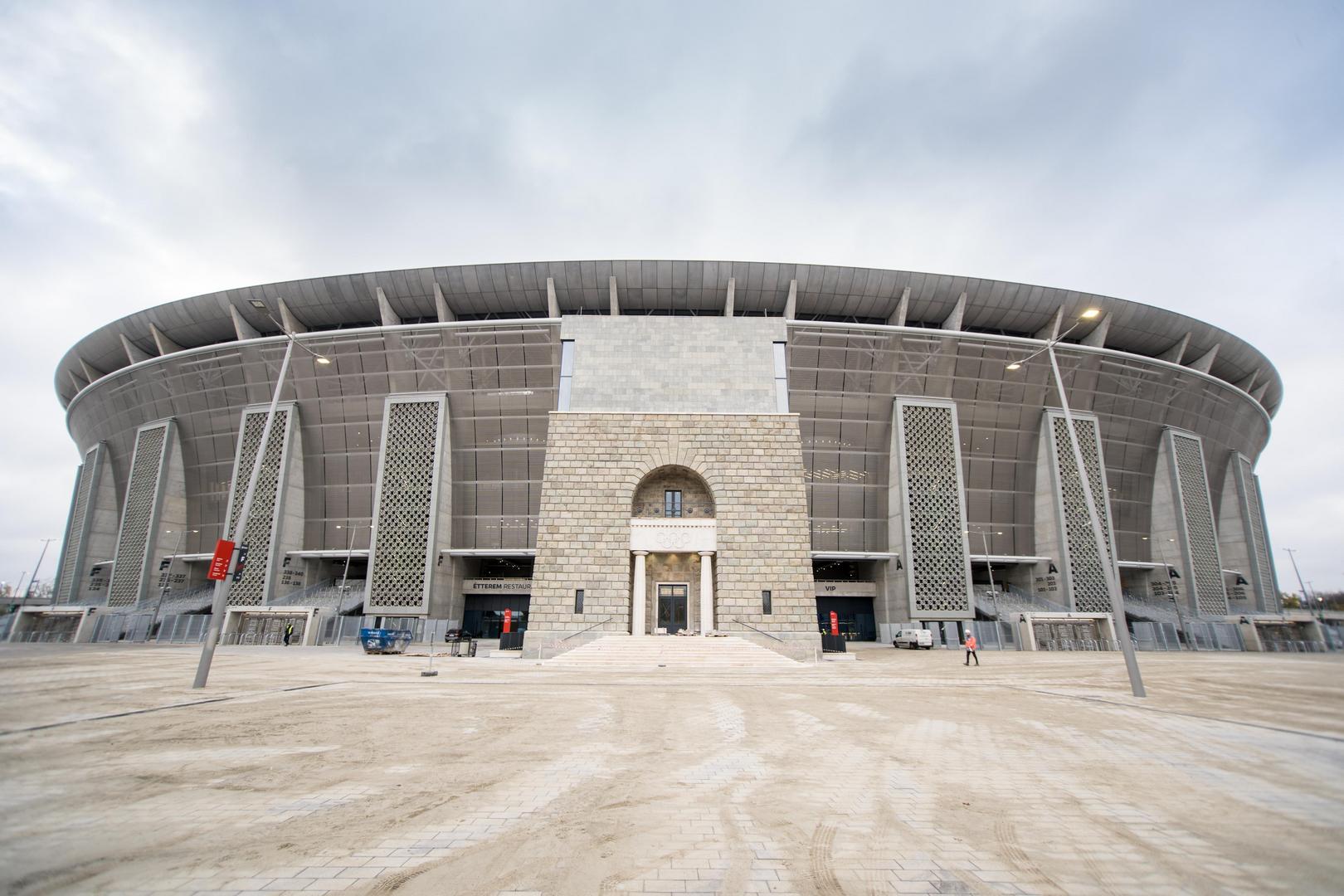